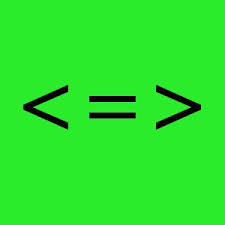 I have recently finished reading “Tomorrow’s Lawyers” by Richard Susskind.

If you are interested in the practice of law in the future, I urge you to read this book.

As a commentator on the law and lawyers, Richard Susskind is thought provoking and fascinating with eloquent views on the future of the profession of law and tomorrow’s lawyers. Typically there is good news and also bad news!

The quote from the blurb at the back of the book states that “the future of legal service will be neither Grisham nor Rumpole.”

Unsurprisingly, Susskind refers to a number of challenges for lawyers and law firms in the future, one of which is what he calls the challenge of “more for less.”

I have already writtten about this in a post entitled More and Better for Less. Simply expressed, the challenge is how to get more legal services for less money. Get it right and clients genuinely get more and pay less while allowing the lawyer to achieve a suffficient profit to keep the firm afloat.

I mention this aspect of Professor Susskind’s book because I have also been reading a series of three posts on predictive coding by Ralph Losey of the e-Discovery team entitled “Less is More…..” Click on the title for Part One. Part Two is here and Part Three is here.

Predictive coding is one of those technologies which commentators appear to either love or hate. I suspect many lawyers view it in the same way depending on whether they have had a good or bad experience of its use.

It does seem to me, however, that predictive coding is likely to be a technology that will be used in almost every case before too long. At the very least its use will have to be considered. As such it is something which cannot be ignored in the hope that it will not have to be used.

There are conflicting views about the efficacy of predictive coding and whether predictive coding can deliver on Professor Susskind’s challenge of “more for less” but law firms need to know at the very least what predictive coding entails and understand the threat to traditional law firm practice/linear review/contract lawyers perceived by Mr Losey.

With Christmas approaching, you could do worse than take a peek at Susskind’s book in an effort to dispel the bloated feeling after too much festive food and drink. Alternatively, you could read Ralph Losey’s take on predictive coding. You may even want to give Emma a call.

Iconic One Theme | Powered by Wordpress