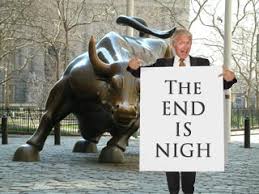 One is old news. The Lawyer of November 25th came out with more statistics to support the view that we are training far too many lawyers for the jobs available. In round figures, the magazine talks about 14000 students chasing 5000 places.

This is not a new phenomenon of course as students have long seen the law as a well paid and comfortable profession. I happen to think they are wrong about that as the future of the profession seems anything but comfortable to me (see Tomorrow’s Lawyers by Professor Richard Susskind) and many lawyers outside London are not even that well paid.

What is verging on a scandal, however, is that the merry-go-round shows no sign of stopping. What price a future class action for misrepresentation against course providers who continue peddling the line that the law is a good and safe profession and that students who saddle themselves with all that debt will always be able to pay it off once they settle into a well paid partnership!?

If you doubt that will ever come to pass, you may nonetheless be prepared to agree that the outlook even for those who find a training contract is not all that rosy either as law firms are forced to confront the continued existence of the model whereby partners are remunerated through the hard work of the youngsters at the bottom of the pyramid. Increasingly that model will not be fit for purpose and when the work currently done by cheaper lawyers is outsourced to less expensive parts of the United Kingdom (such as Belfast) or even abroad, where will the young lawyers of tomorrow be able to cut their professional teeth?

EDisclosure technologies, such as computer assisted review, are not going to make this any easier either because inexorably the courts and clients are pushing back against the idea that it is appropriate to conduct litigation in the traditional way by hiring teams of lawyers or paralegals to handle paper documents manually. The recent publication of the TCC protocols merely serves to underline that the direction of travel is away from large teams of legal professionals earning a living by manually sorting through piles of paper.

There are ways to deal with the problem but lawyers are by and large only embracing the potential solutions with a degree of reluctance.

If you think that is bad, then the second item is even more eye catching. The Global Legal Post dated November 25th carries the alarming headline “The end is nigh for America, thanks to lawyers.”

According to social scientist Peter Turchin, the over-production of lawyers is indicative of the demise of American society!

He argues that in addition to stagnating and declining living standards for the population at large and increased state indebtedness, the common thread to past political instability leading to the decline of empires from the Roman to Imperial China is “elite over-production.”

He says this “creates intra-elite competition, which ‘gradually undermines the spirit of cooperation, which is followed by ideological polarization and fragmentation of the political class.’”

We have been warned!

Iconic One Theme | Powered by Wordpress